To alleviate the growing pressure on renewable energy, Coal India Ltd is planning to diversify from its core business of coal extraction. Mohit Aggarwal, the Chief Managing Director of Aastha Minmet India Pvt Ltd highlights that CIL is looking forward to emerge as a full-fledged mining company.
As per SN Prasad, the marketing director of Coal India Ltd, “The state-controlled enterprise has the competence to expand into mining of various natural resources such as iron ore, bauxite, copper and nickel.”

“Mining is our strength,” said Gopal Singh, interim chairman and managing director. “Because of the expertise in mining, CIL will be very successful in whatever mining venture it undertakes.”
Aastha Group states that it is looked upon as a major shift in strategy from pursuing growth in coal extraction. Earlier, CIL had a target of scaling up coal production to 1 billion tonne by year 2020. However, the production target was cut down from 660 million tonne to 600 million tonne due to moderate demand.

The groundwork for diversification has already commenced. Various copper and nickel mines in Africa have also been identified. However, it is yet to be decided how CIL may invest in them. As per the officials, the company is likely to have different verticals for different resources.
“In the light of pressure from renewable energy, it is a step in the right direction,” said Partha S Bhattacharyya, former chairman of CIL.

He further added that the leaders of mining industry like BHP Billiton Plc and the Rio Tinto Group strive to extract a wide variety of resources from across the world.

Mr Bhattacharyya believes that CIL should start this diversification within India, and ideally with iron ore mining. According to him, the Centre should consider handing control of Orissa Minerals Development Co Ltd (OMDC) to Mahanadi Coalfields Ltd. As a matter of fact, Rashtriya Ispat Nigam Ltd, a leading steel producer based in Visakhapatnam was given control of OMDC in the year 2011. However, the company was not able to restart mining at OMDC’s mines in Odisha.

“If Mahanadi Coalfields gets control, it can transform OMDC in a year because of the clout it enjoys with the Odisha government,” said Bhattacharyya. Premium quality iron ore with 68% ferrous content is produced by the mines of OMDC. However, they are currently not operational for want of regulatory clearances.

A vision document for 2030 is being prepared by KPMG for CIL, says Aastha Group. Certainly, despite the diversification, CIL is expected to focus on primarily on coal mining. 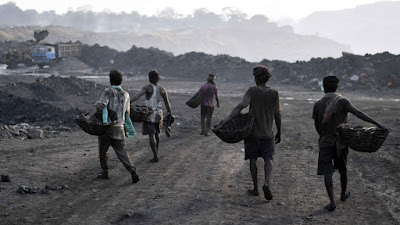 The history of commercial coal mining in India can be traced back to more than 250 years. It was started in the year 1774 by M/s Sumner and Heatly of The East India Company in the Raniganj Coalfield along the Western bank of river Damodar. India boasted of pioneering the coal mining industry in the regions of British India known as Bengal, Bihar and Odisha, the Kutch Gurjar Kshatriyas from the year 1894. Also, a number of Indian coal mines were established in the regions like Khas Jharia, Jamadoba, Balihari, Tisra, Katrasgarh, Kailudih, Kusunda, Govindpur, Sijua, Sijhua, Loyabad, Dhansar, Bhuli, Bermo, Mugma, Chasnala-Bokaro, Bugatdih, Putki, Chirkunda, Bhowrah, Sinidih, Kendwadih, and Dumka. Eventually, this broke the previous monopolies held by British and other Europeans.

“It was Seth Khora Ramji Chawda of Sinugra who was the first Indian to break the British monopoly in the Jharia Collieries,” says Mohit Aggarwal of Aastha Group.

Though, coal mining in India witnessed slow growth for about a century, the introduction of steam locomotives in 1853 gave the much-needed boost. Within a short span, the production escalated to an annual average of 1 million tonne (mt). From 6.12 mts in 1900, India started producing 18 mts by the year 1920.

Aastha Minmet India Pvt Ltd highlights that the production got a sudden boost after the First World War but went through a slump in the early 30s. It reached a level of 29 mts by 1942 and 30 mts. by 1946. The country started emphasizing on its 5-year development plans during the time of Independence.

At the beginning of the 1st Plan, annual production went upto 33 mts. However, a need for increasing coal production by systematic and scientific development of the coal industry was felt during the 1st Plan period itself. In an attempt to ensure a planned development of Indian Coal Industry, the National Coal Development Corporation (NCDC) was set up in 1956. Apart from this, the Singareni Collieries Company Ltd (SCCL) was yet another Government coal company that India had in the fifties. At present, it is a joint undertaking of Government of Andhra Pradesh and Government of India sharing its equity in 51:49 ratio.

At present, India boasts of plenteous domestic reserves of coal. Aastha Minmet India Pvt Ltd states that it ranks at 4th position in world coal production. On account of growing needs of this industry, the country will soon emerge as the paramount lord of coal and mining sector. 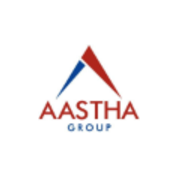 Aastha Group is a first generation business group and India based MNC company with it's presence across the Globe and Growing. Aastha Group has business interests in various diversified sectors namely ; Coal,Steel,Mining,Metals,Minerals,Energy,IT and Education.